This time of year sucks. There, said it. I can get away with it now that Xmas has passed, as no-one will call me Scrooge or tell me to ‘get into the Season’, but Xmas and New Year are those times when a lot of us superglue a happy smile onto our faces and keep looking at our calendars to see if normality is back yet.

I talked last time about how the season us hard-coded into us so I won’t go on about it at length this time. Instead I want to share some thoughts on the on-going struggle I seem to be having lately to keep the macho-disguise in place.

Pictured – *not* the masculine disguise….

It’s becoming a lot harder to wear the male armour. I find myself constantly reminding me to keep the posture rough, keep the scowl on, keep the arms rock straight, because my default behaviour is, gasp, rapidly becoming feminine.

And that’s a surprise. I don’t want to transition, I’m biologically this way but I like the fact I’m non-binary inside. That non-binaryism is what makes me me and if I went down the road of transition I’m 100% sure I’d go from being a bipolar depressed man with delightful cross-dressing tendencies to a bipolar depressed woman. Cross-dressing and sexuality isn’t the problem here, my inability to conform to societal pressures is. 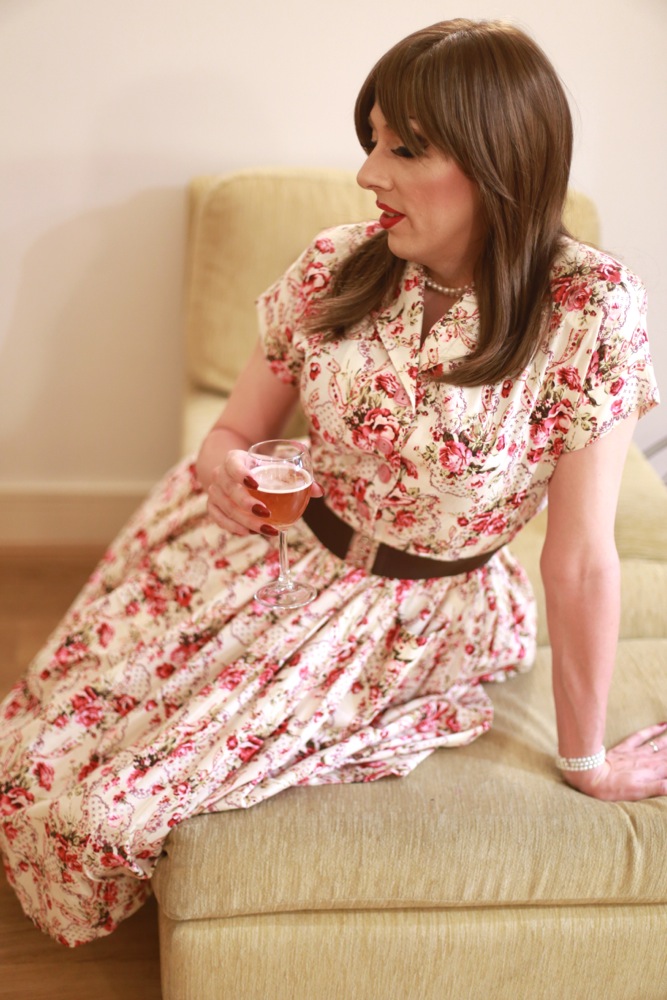 Pictured – ‘cross-dressing not a problem’

And it’s starting, gradually, to feel that those pressures are subsiding a bit. There’s a lot more mainstream acceptance and support for the non-binary gender-fluid types now, even though the news is constantly trying to scare us and the Muggles about the trans-explosion and trans-violence.

That’s not to say there isn’t hostility towards the trans community – there is, and it is unfortunately fuelled by some people you’d hop would know better. The woman who wrote Harry Potter for instance, who I won’t even deign to name; all the money in the world, a wonderful imagination and yet still a shitty human being, who’d have thought it? Well actually, I’d have thought it, given I grew up in the same environment as her in the same place (we went to schools about two miles apart at the same time).

And the same pressures I felt then that make me subconsciously, or rather I used to subconsciously, keep my wrists as straight as possible are the ones that have fed her her world-view around the nature of trans and trans-people.

Growing up in the 1970s and 1980s was not good. We all look back through rose-tinted specs now (and the fashions are still a major gorgeousness in my mind) but society was pretty awful back then, especially in England and especially in the West Country, around Bristol. Casual and endemic racism was completely prevalent – both of my parents were Police and the most racist people you could imagine because everyone they worked with had the same late-1950s inspired vision of ‘Johnny Foreigner coming over here, taking our jobs and eating Dog Food because they can’t read the label’. I kid you not.

Throw the tail-end of people who lived through the time when sexual diversity was actually illegal, even though every male comic of the time did a (terrible) drag bit and sexual perversion was just beneath the surface due to the effective prohibition on fetishes, and it was a hostile time for anyone who wasn’t either a middle-class white man or a submissive white housewife. 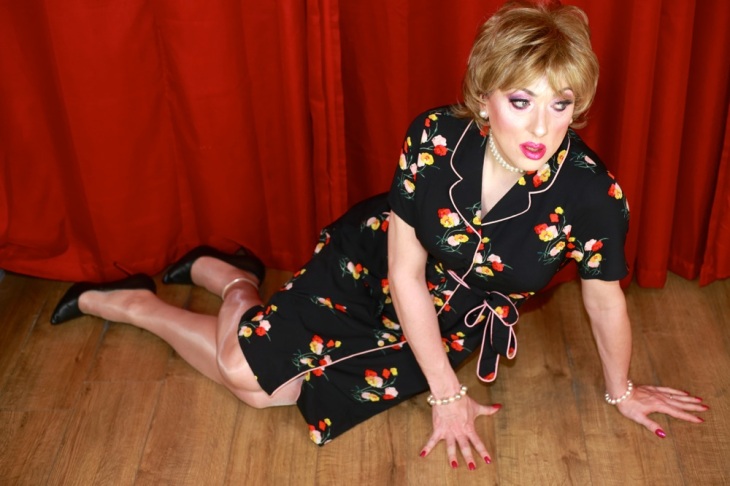 Pictured – or a middle-class white man who dreams of being a submissive housewife, must not forget that one…

And those life lessons learnt early stick hard. The playground was full of kids calling other kids ‘bummer’, ‘queer’, ‘poof’, and any sign, literally *any* sign of femininity got you a label that stuck. All of these terms were casually thrown out by adults, which is where the kids got them – the culture was one of intense hostility to the outsider or the different, which is ironic because less than thirty years earlier there had been a World War where one side was against another side who practised exactly that kind of intolerance to outsiders to the ultimate extreme.

And that little hotpot of nastiness is pretty much what has led me to where I am today, via the intolerance of my generation and the emotional negativity of the generation before.

But going back to what I said at the start of the post, it genuinely feels like I have changed massively over the last five years, since I embraced Sarah, and the change is just accelerating. It’s getting harder to keep my wrists straight in public, they tend to want to go limp in that delightfully feminine way. The hard coded need to keep the male armour up at all times is crumbling.

Little secret – I came within a nano-second of coming out as Sarah to the people I work with, my direct team, at work at the Xmas do. And it wasn’t alcohol induced. I sat there in the booth at the Tramshed in Shoreditch (great restaurant if you want some hearty chicken or steak) with my phone in my hand, a picture of Sarah in full Xmas frock and smile, and came sooo close to just showing it to the raucous people I was sat with. And I know they would have understood. They would have been shocked, massively, because it is so unlike the persona I present to the outside world. But they would have understood.

Because today isn’t the late 70s or mid 80s. It’s the 2020s and we need to let the 2020s be something different. We lead such sad lives nowadays, inundated with consumer goods and the constant messages to buy more to be happy, where the little inner people within us, whatever gender they are, are burrowing deeper and deeper into the good memories of the past while ignoring the majority of crap from back then. We need to bring those people to the surface again and let them have their own generation, free from the shackles of bigotry.

I want to be able to do the day things, the normal things, enfemme. All the fears and worries I have about societal acceptance and shame are all inside and all hard-coded, but you can change the way you think.

Pictured – although giving technical briefings to government officials dressed like this might be a little distracting for the male members of the audience.

I don’t do New Year resolutions, so this is a promise to the inner-girl. No more fear, no more shame, no more worry. Just *live* for a change. And if that means standing in the queue for a coffee in Costas in drab with my hand at an odd angle? That’s just the way it should be…..

Stay beautiful and if you can let 2020 be the year the real you sees the light of day.

Pictured – although probably not the best choice of look for shopping in Waitrose. Or maybe, how knows?