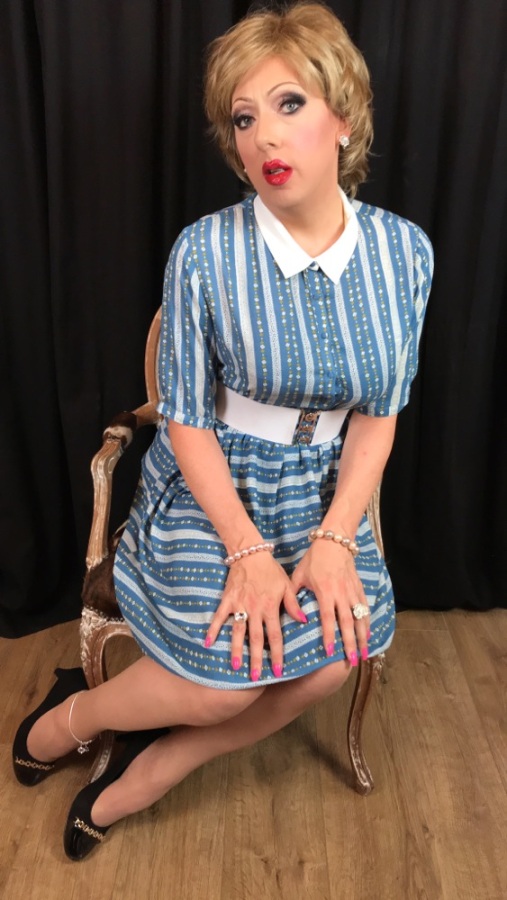 I’ve been enjoying one of those odd little colds you get during winter – four days of constant runny nose, running a temperature and, because I’m a head-strong idiot, actually going to work. Chuck it all together and my brain has been enjoying a rush of feverish endorphins. Add the fact that the last time I smelt my own perfume was the 11th December and the next time I can shut my eyes and smell Sarah will be the 29th March and I’m kinda climbing the walls.

So, to keep giving myself those fun little thrills that stop me from sliding into drabness I’ve been hitting Instagram pretty hard. It’s a fun place to be, and given I have a ridiculous amount of piccies of Sarah (at the last count around 30k) there’s plenty of opportunities to share loads of her looks.

Pictured – such as this one, gorgeous 1940s part frock and some lovely retro makeup.

And here’s the relevance to the title of this blog – my Sarah Flickr account has had, to date, 43 *million* views. My Sarah Facebook account has 881 friends. My Sarah Instagram account, in the short period it has been running, has 1271 followers. And amusingly, while working my drab job and living my drab life, I don’t think of myself as a cross-dresser.

I caught myself this week, while at the train station in Leeds for work, suddenly thinking, as I queued to jump on a train south, about one of the outfits I’ve bought for my next session. And the thought that I had bought a dress, and was planning to wear it and, gasp, even go out in London wearing it, hit me like a cold shower. It suddenly felt so alien, and so exciting, because, you know, I’m not a crossdresser.

That’s quality delusional behaviour. I talk to friends online from my Sarah social-media accounts and they talk about loving Sarah’s style, Sarah’s massive wardrobe and Sarah’s sense of fashion and it never, ever occurs to me that they are talking about *me*.

In some ways it’s not surprising – this wall of delusion between the ‘normal’ person, the bloke who drinks just a little too much beers, swears like it is going out of fashion, writes novels that can be gratuitously violent, and the woman, who craves the feel of retro dresses, the smell of perfume, the wobbliness of high heels, is a seriously strong wall.

A quick caveat at this point – this isn’t self-promotion or the standard social media game of generating hollow likes. I genuinely, during the day when I have to be drab, don’t see myself as the person that Sarah obviously is.

Pictured – someone else, not the drab person who paid for her dress.

And I’m guessing this is pretty much the same for a broad sweep of people like me. You’re conditioned from a young age to accept a binary definition of gender – it was smashed into me violently by the television, media and attitudes of the time I grew up in. Any thought of showing any form of feminine behaviour was buried so far into my psyche that even now, after 43 million views of pictures of me where you can’t see a single component of masculinity, the ‘me’ I live with 99% of the time sees himself as a normal red-blooded male.

It’s only now, after just under fifty years, that I can even contemplate being something other than masculine in public.

And that’s such a sad state of affairs. In some ways I’m overjoyed to be who I am in the time I am in. Wind back fifty years to when I was born and the UK was just getting out of the time when doing this was actually illegal. Illegal! And immoral, which was ironic given the suppressed sexuality and damaging behaviours of a lot of people in the seventies.

But it was these attitudes, prevalent in adults when I was growing up, that locked me into my mindset. It’s the mindset that makes me think I need to stop being Sarah now and then, that makes me surprised when standing on a platform in Leeds and suddenly realising there is a gorgeous black and silver striped Kitty dress hanging in my cupboard at home next to my climbing gear.

Pictured – imagine this frock with black and silver stripes. Oh, and another one next to it that is an animal print. Dribble.

I’ve come to the conclusion that that will be the way going forward. It’s not a depressing revelation; I lived without Sarah/Julie/Diane in my life for twenty odd years without going insane, but I can never go back to that pure masculine lifestyle. But conversely I don’t see myself going further. It would be nice to break that delusional existence where he is blind to her for a lot of the time, but the brain doesn’t work like that.

On the other hand, 43 million clicks can’t be that wrong. Occasionally I’d really, really like to see Sarah from their eyes. 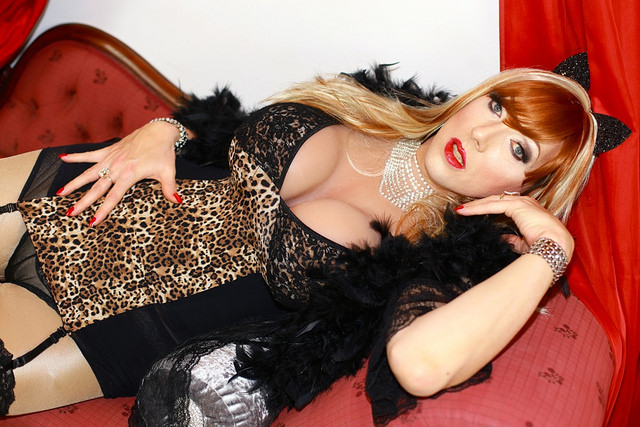 Pictured – 289,000 eyes actually, this picture, the most popular on Flickr, has been clicked on 144,000 odd times. Sometimes even by people *with* their pants on.

Anyway, normal service will be resumed shortly, the cold is fading away and there are a number of glorious frocks waiting in my closet for when Sarah can be herself again. Until then I let the glorious little electric shocks hit me whenever she nudges me from inside and reminds me that the girl I stare at in the pictures is actually me.

Stay beautiful friends and remember that we’re only here once. 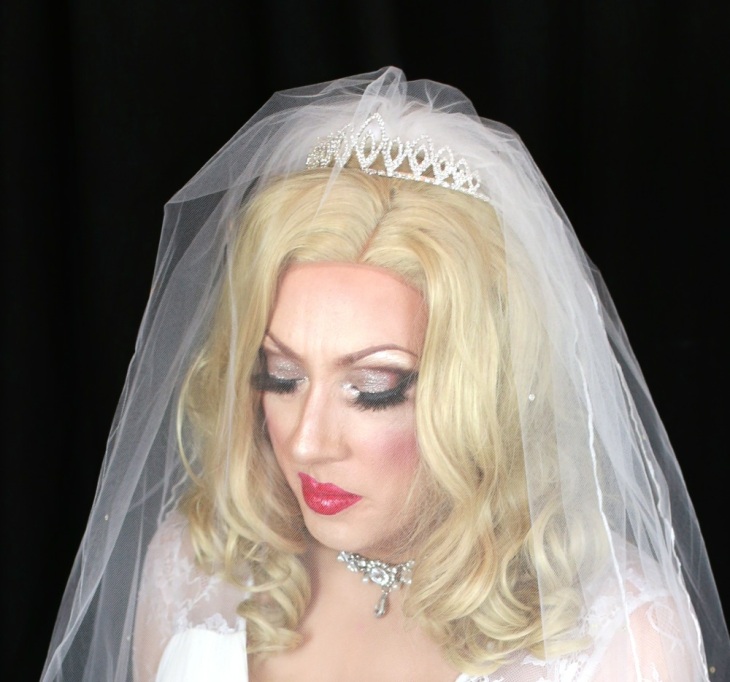 4 thoughts on “[Philosophy] The Feminine Art of Self-Delusion”