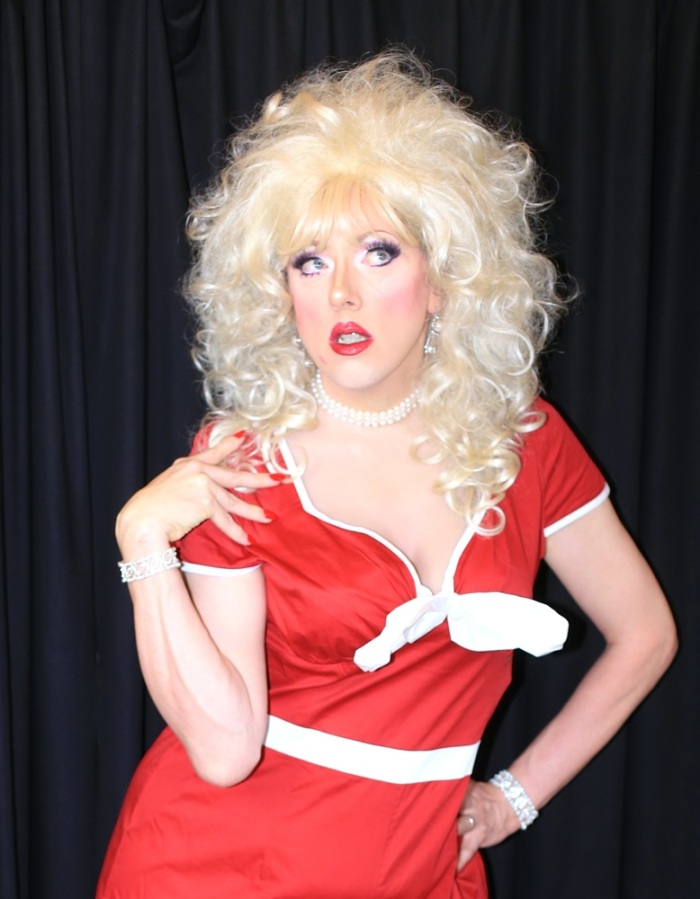 It’s been nine years since I had sex. There, said it. And the odd thing? I don’t miss it at all.

But let me take a step back, there is a reason for that odd outburst. Firstly, it’s a new year, which means one more tick on the wall in my inner-monk’s cell. And secondly, I finally think I’ve realised that I am, gasp, asexual. 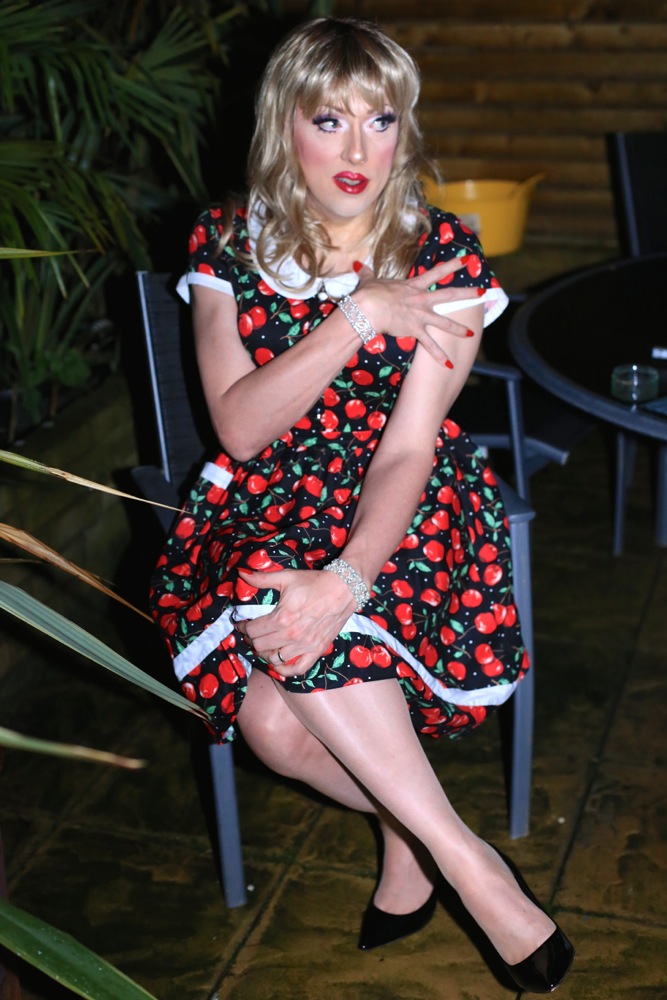 So, sorry for the pun in the title, it should read ‘the story of Miss T and Sir A. See, I think I’ve actually always been asexual, in that I’ve never felt an attraction to someone from the perspective of having, you know, the horizontal folk dance.

Sir A has no hydraulic issues. However, male me has never climaxed during sex. Ever. In fact, and constant readers will know this story already, the only time I ever spontaneously ‘trouser sneezed’ was when I was fully frocked up, at the age of eleven if I remember correctly. No one had had ‘the talk’ with me, so finding myself creeping around the town I lived in in the early hours wearing a blonde page-boy wig, stuffed bra, white heels and a gorgeous green and white shirt-dress and suddenly *warm* down there, feeling like I’d peed myself in the weirdest way ever, was a revelation and, yeah, may have permanently scarred my ability to reach that point.

So, for two marriages and one indiscretion I’ve had no problem getting it up and absolutely no problem keeping it up, For hours. But no release.

And as I said at the start, it’s been so long since I had it I hardly remember what it was like.

But Miss T. That’s a different story. Yeah, every single armchair shrink is going to nod knowingly and tell me that my sexual identity was moulded when I found myself running as fast as you can in heels to get back to my grandmother’s house in order to desperately try to wash out this odd, sticky, bleach smelling stuff from my mother’s frock before sneaking it back into her closet, and ever since then I can only get satisfaction when I’m fully enfemme. But no, that’s not the case.

I get attention from admirers, bless them. Some are wonderful, understanding and a joy to talk to. Others are seeming to be fighting inner demons, ones that mean they have to rationalise their attraction for girls-with-something-extra in such a way as to deny that attraction by being super dominant. If you can make the object of your homosexual attentions seem ultra-feminine, and ultra-submissive, then you can redirect your anger and pointless internal shame at them. It’s the T-girls fault for wanting to look like a woman, so they get treated like the inner sluts they probably are. Err, no.

I’ve read some fantastic blogs written by very witty people in the T community about this hyper-aggression when they have dated. For me it raises danger signals. When you’re asexual it gives you the wonderful position of being able to see all these behaviours with a clear perspective.

The thing is, in male mode I truly don’t get sexually attracted to anyone, regardless of gender. What I find attractive (again, armchair shrinks, because I am a feminine-object fetishist combined with borderline sociopathic tendencies) are the clothes. In my middle-days, between the time when I dressed whenever I could in secret and when Sarah came back into my life, it was a source of confusion. I’d look at a well-dressed woman and obsess about the clothes and be utterly unable to work out why. Now, when I see a smartly dressed woman off to the office in a tight little black number with a white collar and cuffs my first thought isn’t ‘ooo, I’d like to get in her knickers’ but ‘ooo, I’d *literally* like to get in her knickers. And frock. And shoes.’

So, let’s put the cards on the table for a change. Am I heterosexual? Probably not. Am I homosexual? Probably not. For the first time in my life I can choose my sexuality and I can do it without any of the guilt I had when I was younger. When I’m him I’m asexual – I know I’ve said it a number of times and haven’t properly explained it, so…. being asexual means I have no physical urge to copulate. I never have. The drive just doesn’t exist. When I’m her, well, let’s just say that her imagination is pretty good and she doesn’t seem that asexual.

But let’s look at this a different way – I used to think my urge to dress came from a self-hatred, a feeling of failure at being the gender I ended up with courtesy of biology (or the temperature of my progenitor’s sperm, if you believe certain new theories). As such my dressing had a serious submissive edge to it, a degree of humiliation and a lack of respect for the girl I ended up being. The fantasies were always about being forced to do it, often by a stronger alpha male, about the emasculation. I was lucky enough, at the time, to have a girlfriend, then wife, who had exactly the same urges in reverse, due to her feelings of unhappiness at the role in life given her by biology.

Sounds like a match made in heaven? Not really, because the urge to dress wasn’t coming from a warped sexist perspective. The urge to dress, as I have come to understand lately, is an urge to express the inner me, to tap into something beautiful, gentle and feminine. Treating the whole thing as some kind of trans-sadomasochism wasn’t healthy for me, my relationship and various parts of my anatomy (let’s just say, having a fissure combined with repeated domination play leads to a lot of pain). 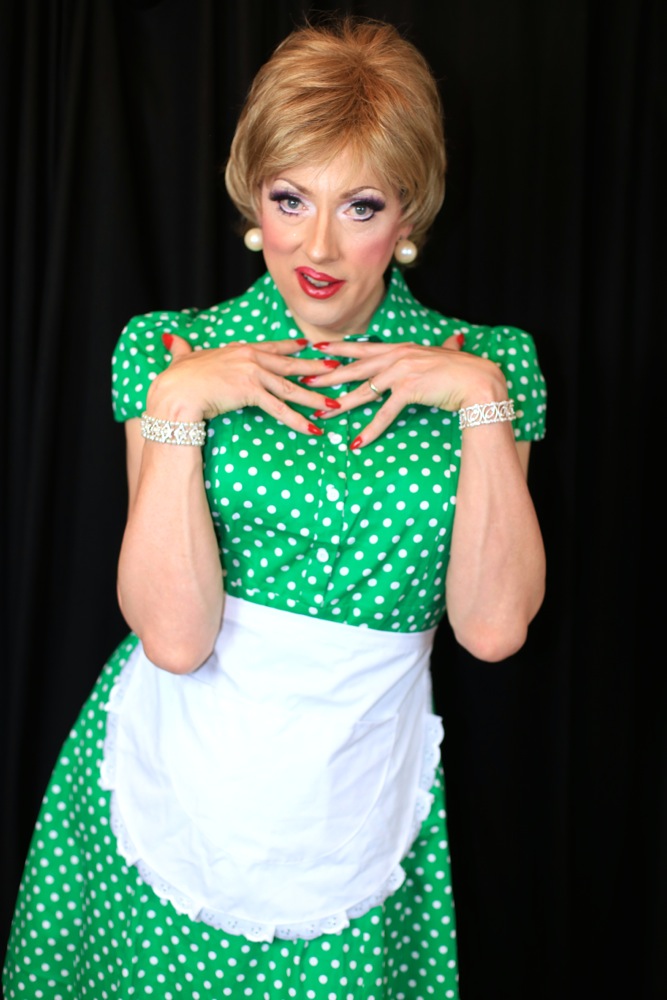 In fact, when I repeatedly mention that I went a long time without letting Sarah out, that came not from an inner strength allowing me to fight the urge, but from a large degree of self-imposed shame because of mistreating my inner femm.

And the re-emergence of Sarah wasn’t a midlife frock crisis, as I like to boast, but more a final understanding that I could be Sarah without sacrificing my self-worth or my self-confidence. I’m actually more confident now as asexual Sir A because I can be Miss T when I want without thinking I’m less of a, gasp, man for doing it.

Sounds like I’m on a soapbox now, trying not to overbalance because of the seven inch platform heels, but that’s not the case. I’m actually at one with myself for probably the first time ever – I’m not thinking of all of this as a midlife crisis (hell, I’m almost into my sixth decade so a midlife crisis is a younger girl’s excuse).

I just wish every admirer was as grounded as I am.

Stay beautiful but more importantly, stay *true* to yourself. 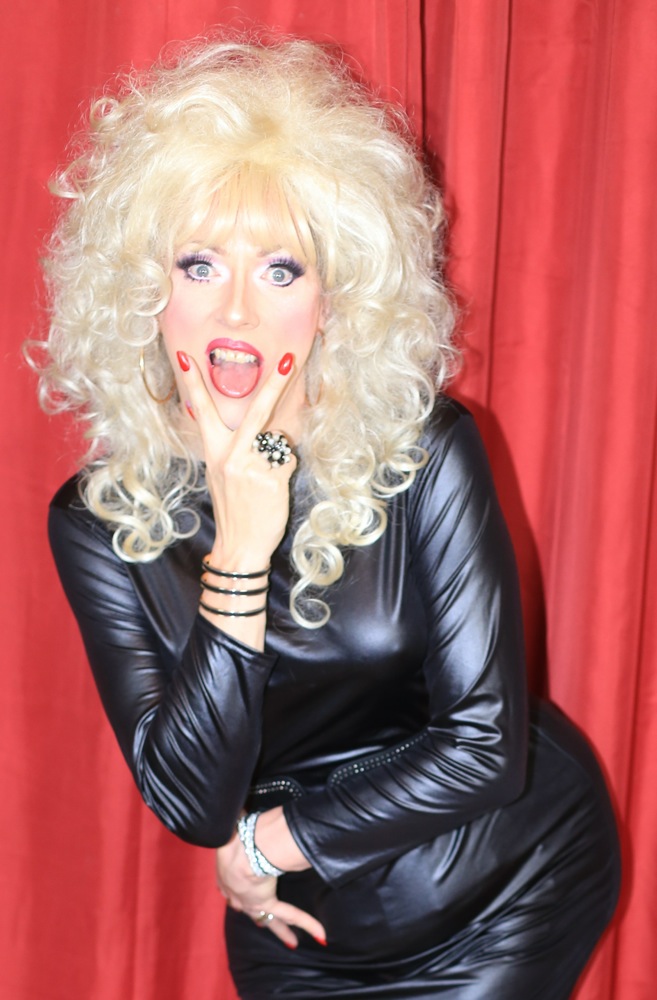 2 thoughts on “[Philosophy] The story of Misty and Sirah”