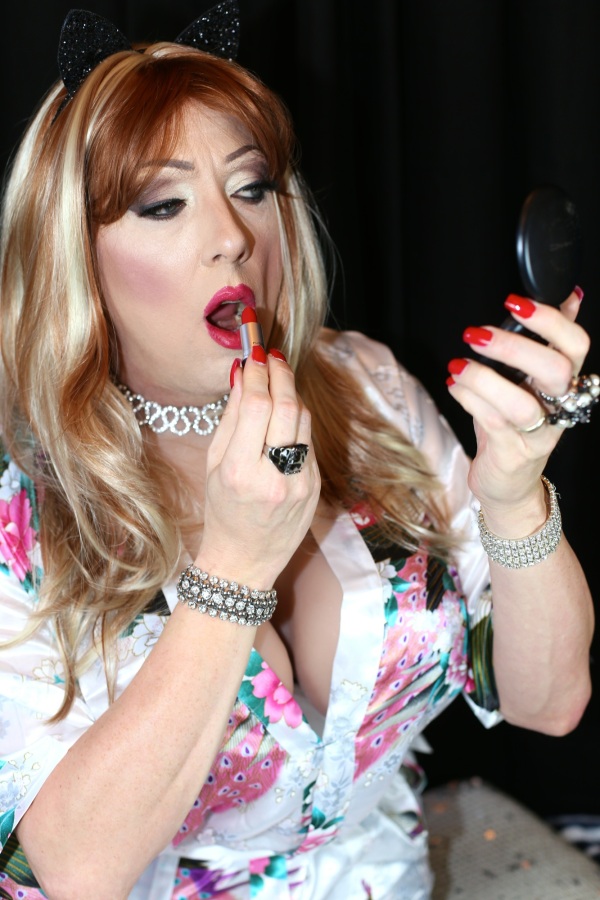 In my continual quest for trying to understand everything in life (not doing too well at the moment) I’ve often considered, as my favourite make-up artist gently applies a thick layer of red lipstick onto my pursed lips, why certain things that girls do seem to make men go wild with lust.

I’d like to think I have a nice perspective on this, what with being a hulking drab man most of the time and an obsessive make-up loving girl the rest of the time. But I decided to have a search on the internet to find out why we (girls) do the things we do with certain parts of our bodies to attract them (boys). And, well, it was a bit eye-opening.

She’s Got Legs, and she really doesn’t know how to use them….

Let’s start with one of the easier ones to explain – legs. Without going into the reasons as to why men wear trousers and women wear skirts (and given the fact that we (men) have, well, external dangling bits and women don’t why on earth would fashion end up with men wearing constrictive trousers and women wearing flowing open skirts? Like most things fashion related it makes little or no sense) it’s an interesting historical fact that as the decades have progressed women have revealed more and more of their legs. Around the turn of the century clothing for women pretty much started at the shoe, yet within sixty years it was starting at the bottom of the panties. 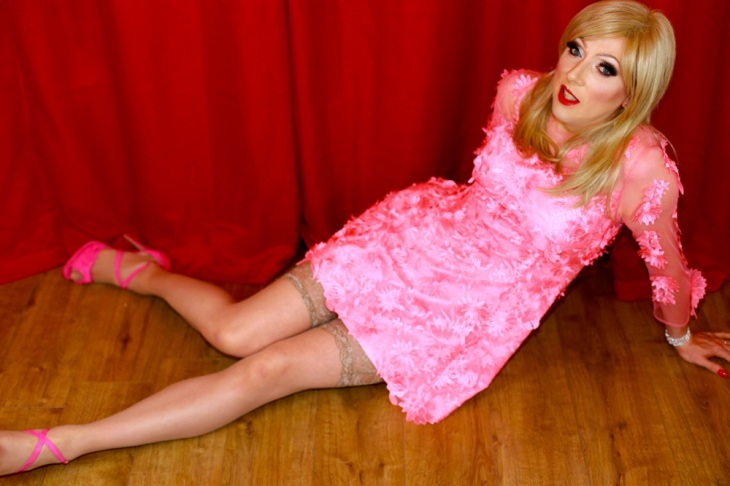 A quick scan of the internet, carefully not clicking on some of the more obvious p0rnographic sites, seems to confirm the obvious – women wear shorter and shorter dresses to show more legs so they can be more sexual attractive. Err, what?

I’m not saying that I yearn to get into skirts so I can tempt men to want to yearn to get into my skirt. It just seems a little, well, crass to state that that is why women’s fashions seem to reveal more legs. In fact we seem to be moving the other way – the resurgence of retro fashions (yay!) means more coverage, petticoats and long flowing frocks. You don’t see a huge amount of leg with those yet they are still extremely attractive (to me at least).

And don’t get me started on tights/stockings. They are *delicious* to wear, the feeling of nylon against smooth skin is a revelation in and of itself.

So, the general consensus is that women want to show more leg to give the implication to men that whatever is up there at the end of that long slender leg is something they really want.

Combine that with heels, another fetishistic object that really makes no sense, and the leg takes a very sexy form. Again, a quick check on the internet and there’s a lot of possibly factually incorrect statements about how wearing heels makes a woman’s poise and gait more conducive to intercourse. In smaller words (for one-handed webpage readers) the wearing of heels is meant to shape the legs and make the pose more attractive for a man when thinking of how to bend her over and ‘give her one’. Hmm. Don’t tend to agree with that – heels make your legs move in a very sensuous way but the real upshot of heels is you can’t run away, so I guess that was part of the design as well. Makes us girls easier to catch?

It kinda goes downhill from here by the way. Turns out a lot of the stuff girls do to make themselves pretty seems to be interpreted by the largely male population of the internet as advertising themselves for sex. I’m almost ashamed to be male. Almost.

I gently ran my ruby red nails along the curve of the jaw, delighting in the feel. And then scratched an itch on my nose and almost took my eye out…..

And another thing I personally find utterly delectable yet completely impractical. As drab me I chew my nails, always have. It’s a side effect of nervous anxiety, possibly amplified by worrying about someone in my drab life accidentally ending up at my sparkling Facebook account. I tend to have nails that end just below the nail bed, bleeding sometimes. And when Sarah takes the reins of the body she is always irritated by my misuse of her nails and out comes the superglue, false nails and nail varnish. 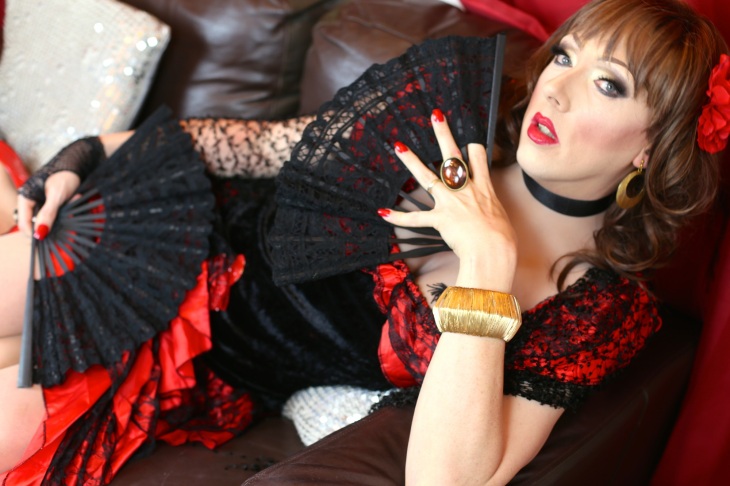 I’ve *always* loved the smell of nail varnish, When Cindy at BWBG does my nails I surreptitiously sniff them whenever she turns away – I just love that fruity, chemical smell. But aside from that I love the effect of having long nails, always red, at the end of my fingers. They transform my hands, my wrists become limper than before, my fingers seem longer, thinner.

But they make absolutely no sense. You can’t work an iPhone with them, typing is pretty much out. Getting anything out of a pocket turns into an exercise in interesting pain. Yet they are seen as being quintessentially feminine.

Out of all the fetishistic things I investigated for this blog post this was surprisingly the most tame. Most of the internet (possibly actually written by women this time) seems to think that women wear nail varnish ‘because they don’t like their natural nails’. Some articles describe it as warpaint, but I don’t buy into that.

In the old days I loved the idea of nails because it was that one step you could take as a cross-dresser that wasn’t instantly reversible. See, I came from a background of trying to get a little cross-dressing in when my parents went out. Which they did infrequently and for random amounts of time. So I could never paint my nails because a: the house would smell of nail varnish and b: it becomes suspicious when you show up for dinner wearing gloves. To do your nails was a delicious fantasy that would lock you into the woman’s look and role for as long as it takes to get them off.

I’ve talked about this before but I’ll share the story again – first time I dared to try nails I used superglue. And a lot of it. And then spent an angst filled evening with my first partner, her laughing a lot, trying to work out whether I needed to go to casualty to get them off. Yeah, going to be honest, there was a nice little kinky thrill when the damn things wouldn’t come off. Even now when I do a transformation I always use glue for false nails – I love the restrictive feeling of the nails themselves and the inability to get them off. 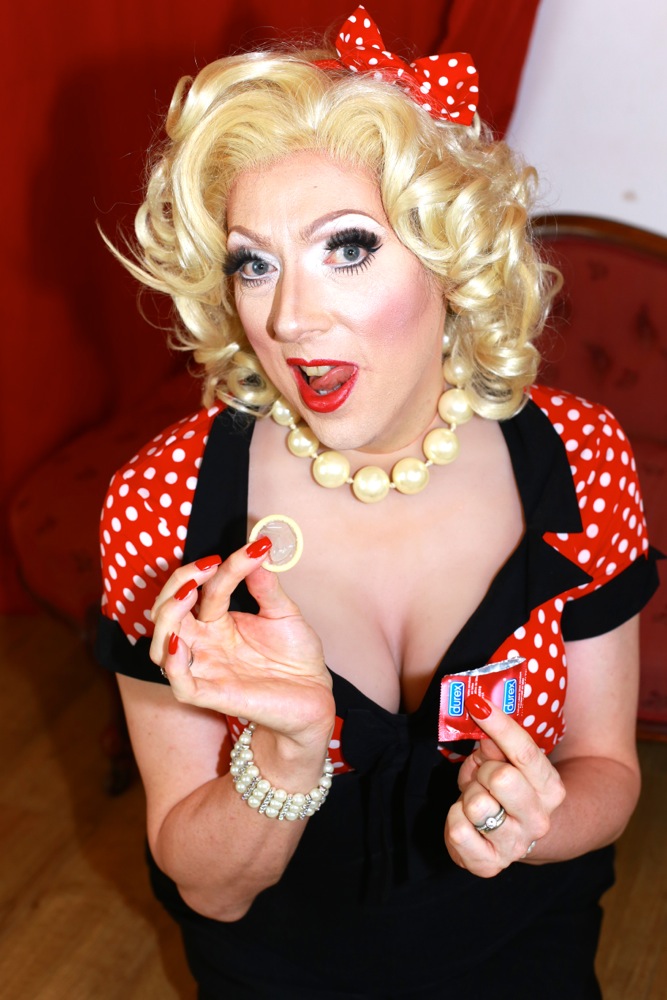 But that’s more of a cross-dresser thing. I really couldn’t find anything on the web that tied the painting of nails and the growing of nails to anything sexual. Which makes sense – if you’ve ever been on the receiving end of nails, unintentionally, during moments of passion you’ll understand when I say it can be somewhat of a mood killer…

So we’ll leave nails at that – I love wearing them, I think they almost define femininity, even though they make everything an exercise in odd juggling.

And now the kinkiest of the kinky. Red Lipstick.

I always wear red lipstick. I love how it looks, how it tastes. Not so much how it ends up everywhere (teeth, fingers, clothes etc). But I love that moment when the lipstick goes on, the face changes in a not subtle way, and suddenly you’re a sexy woman that needs a kiss.

Well, I didn’t expect what I found on the internet around why women wear red lipstick. Partly because it’s a little, err, rude. And partly because once I had read it it kind of made sense in a deliciously naughty way.

According to the internet (and actually some articles written by real women) the painting of the lips red is to simulate the female private parts. 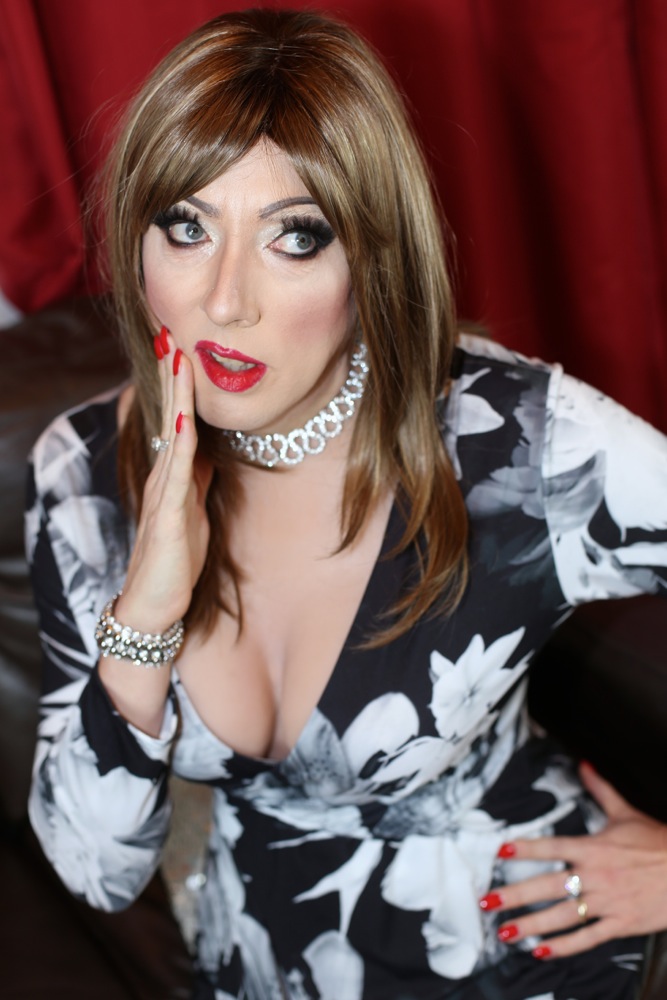 I read one article where the person even postulated that the use of lip gloss was to make the lips appear more wet and more like an aroused set of women’s tender regions.

This post was NSFW for a very good reason.

So the implication is that subconsciously all women who wear red lipstick are advertising their sacred areas unintentionally, that every man is looking at a woman wearing lipstick and thinking only of penetration. That doesn’t quite ring true for me, even though, and I’m almost ashamed to admit it, I kinda like the idea. 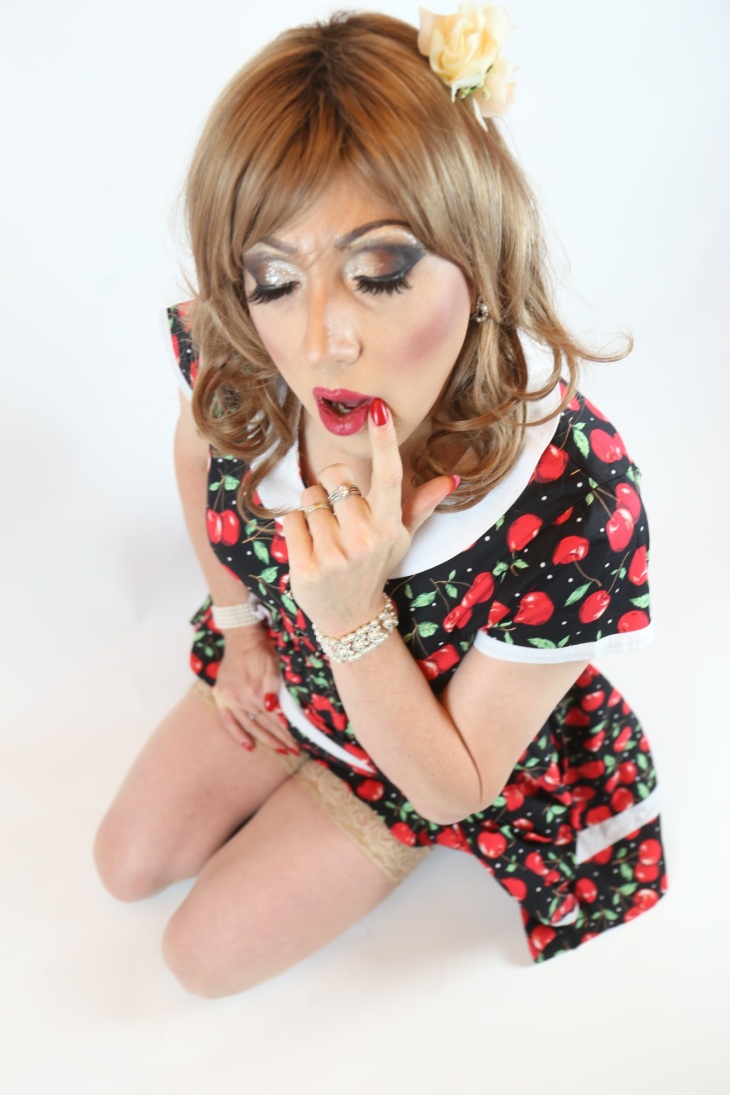 My usual caveat at this point – I’m not a sexist person, I just happen to live in a sexist society that has persuaded itself that life isn’t solely about procreation, that fashion choices don’t reflect an underlying need to rut like a beast.

And I love wearing red lipstick, so read into that whatever you wish.

Stay beautiful you wonderful animalistic people, I’m off for a cold shower and a lie down…. 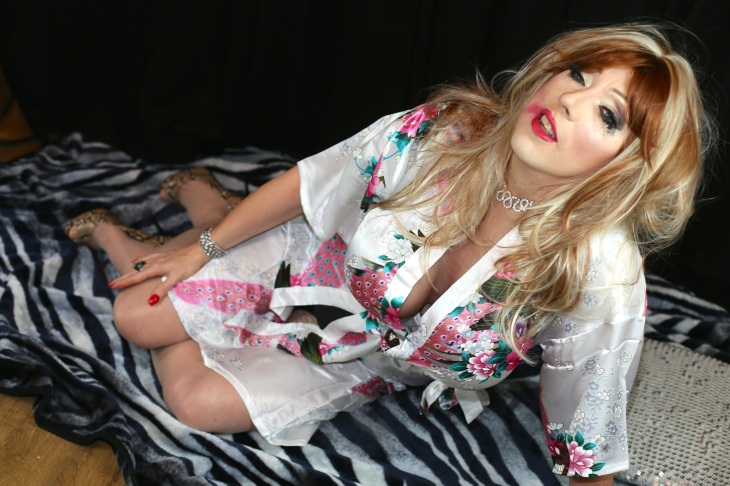